Good point Bonita. I think we should do the kitchen next.

When we began this project, Bonita and I agreed that the kitchen could wait. After all, kitchens are very expensive room to remodel. And, this kitchen wasn’t going to be a public room. We could live with it. We had reasons. Lot’s of reasons. Then we changed my mind. Anyway… 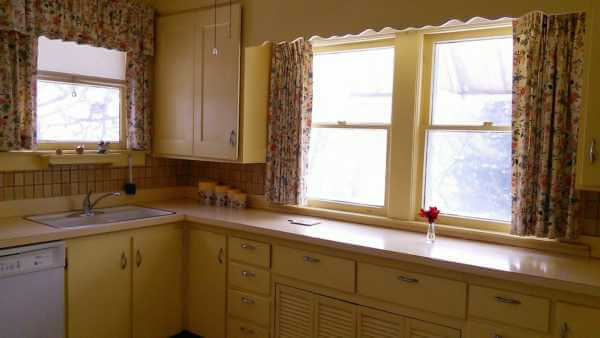 Here is the kitchen when we moved in. The cabinets were hand-built during construction, and they were functional rather than beautiful. We considered repainting, but ultimately felt we would be much happier with new. Though it isn’t easy to see, the cabinet under the double windows is very shallow. And those louvered doors? They cover up a radiator – so there really wasn’t much cabinet space. 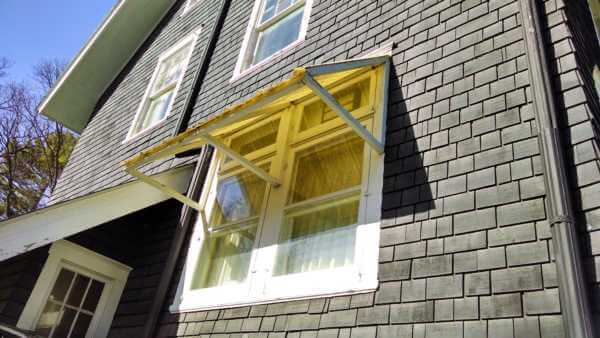 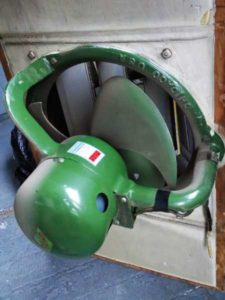 Then we made a wonderful discovery. The pie-crust soffit you see above the double windows was covering up transom windows! We could tear out that bulkhead and add much more light to the kitchen. The picture shows the windows from the outside. (We hadn’t noticed because of the fiberglass awning).

There was a semi-practical reason for the bulkhead. Someone had installed an industrial exhaust fan in one of the transom windows. Here is a photo of that bad boy.

I would imagine the fan really improved the life of the maid. 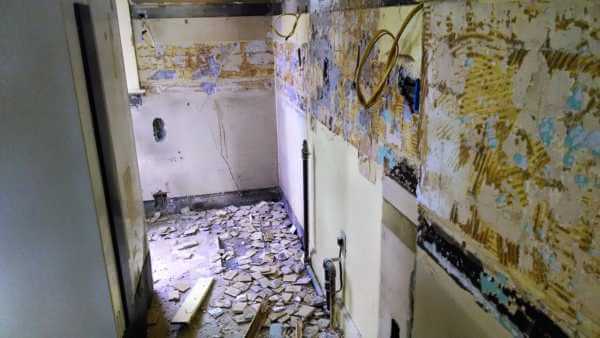 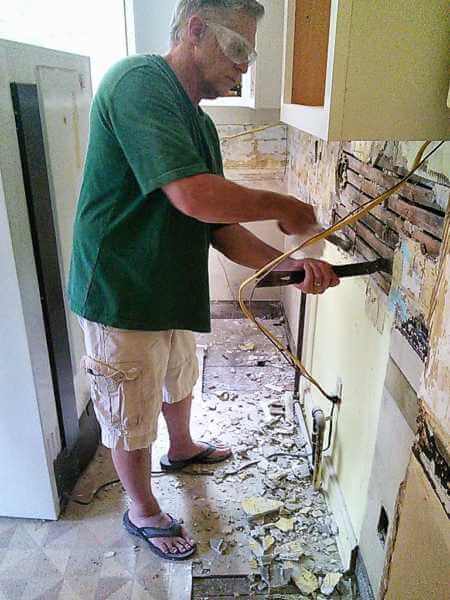 h an ugly time for the project:

It’s not a great look for the workers either. Proper footwear is imperative. Those are professional grade flip-flops. 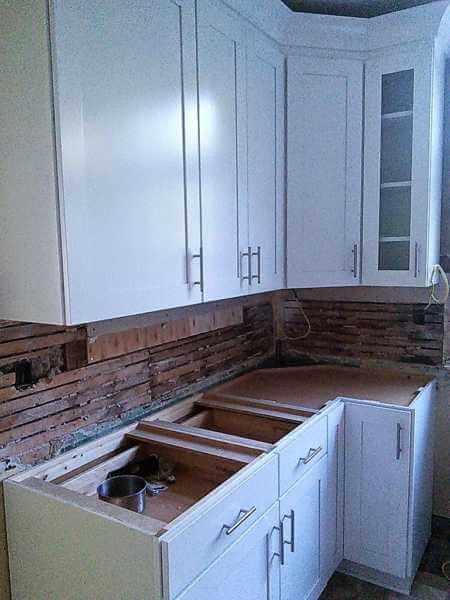 We chose to leave the walls intact and pull electric and plumbing through them. We removed the plaster between the cabinet uppers and lowers. It was in really rough shape and we were planning to put subway tile there as a back splash. 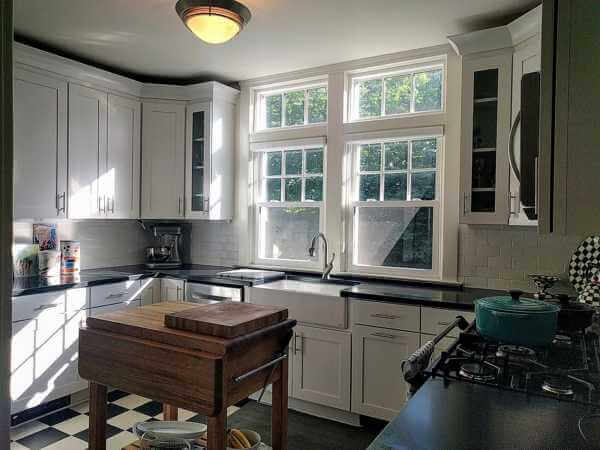 Here is an after shot of the kitchen. As you see, the transom windows – together with the farm sink – became the focal point of the room. The subway tile adds nice texture while keeping with the white theme. There is no room for one of today’s islands, so we added a butcher-block cart. 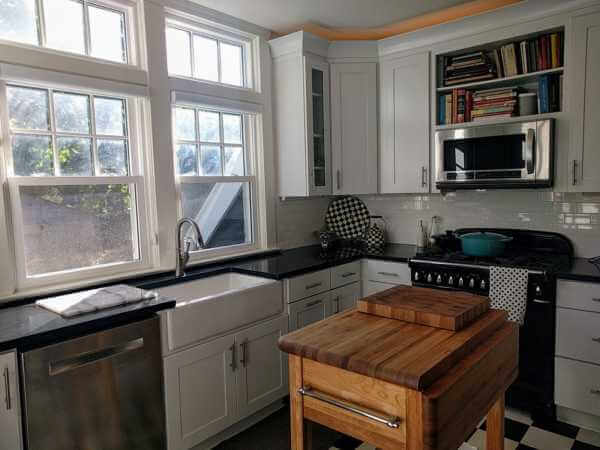 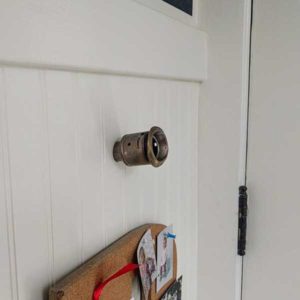 Do you know what this is? It’s a speaking tube. A pipe connects the master bedroom with the kitchen. Voices travel over the pipe with wonderful clarity.

Thought we’d share this sweet inscription we found on the kitchen walls: Charlie & Susan 1989. The Donahoes were the previous owners. 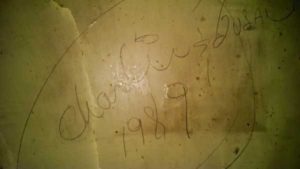